If you take a long trip through many of the cities and towns situated from coast to coast in the United States, you will find a healthy mix of traditional traffic lights and LED traffic lights. If you are still relying on dated traffic signals without LED bulbs, it may be time to make some upgrades. Here is a look at the advantages of LED traffic lights.

LED traffic lights do not require as much energy to function.

One of the biggest advantages of LED traffic lights is the fact that they do not utilize as much energy. LED bulbs are cool-burning, which means they do not require as much energy to provide illumination. Whether you are trying to cut back on electricity costs associated with traffic lights or you are planning to switch to solar-powered systems, LED signal lights can be the best solution.

LED traffic lights can be easier to see during periods of low-visibility.

LED lights are well-known for being excellent at producing even-toned lighting that has high visibility. If you have a traffic light that is situated in an area where there is quite a bit of smog, smoke, or fog, making the change to LED traffic lights can really make a big difference. Drivers will be able to see the lights from a farther distance away, which means it will be less likely that lights will change without a driver noticing.

LED traffic lights do not have to be serviced as frequently.

LED light bulbs can last as long as ten years. On the other hand, traditional light bulbs in traffic lights may have to be replaced in as little as a year. Changing lights in a traffic light can mean having to disrupt the flow of traffic, and the replacement bulbs are not always cheap. Therefore, having LED light bulbs in your traffic signals that do not have to be changed as frequently is always going to be an advantage.

With the longevity of the typical LED bulb being a prime factor, LED traffic signals are far less costly to maintain. Most cities have to contract a service provider with the proper equipment to change the bulbs in traffic signals. If these bulbs are having to be replaced every year, that means extra expense annually to pay for new bulbs and to pay for the services provided. 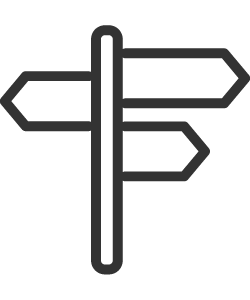 Take a drive down any road, and you will see sign after sign. Some are road signs; they tell drivers what rules to obey. Others are signs advertising businesses, and still others are signs that are advertising political campaigns or upcoming events. Signs are everywhere, but most people do not give them much thought until it is time to design their own. Then, it's really helpful to hire a good sign company to create a design that is not only beautiful, but functional. We dive deeper into this topic and other sign-related topics here on this insightful blog. Read a few articles, and then start shopping for your next sign.